One of the things I have been using Trove for is to find out more about places that are mentioned to me by various family members or that come up in the course of research. One such place is Cowra Experimental Farm.

According to Nana (dad’s mum) her husband, Walter Thomas Muffett (9/4/1916-13/3/1958), had spent three years at Cowra Experimental Farm before they married. The photograph below was taken there.

I knew vaguely, that an experimental farm is a sort of cross between an agricultural college, a working property and a science lab, from Trove I was able to find newspaper articles (such as the one below) on it’s opening in 1905, and on its continued successes over the next 50 odd years at agricultural shows, irrigation improvements and in developing new hybrids of wheat. Experimental farms have played an important role in the development of Australian agriculture. 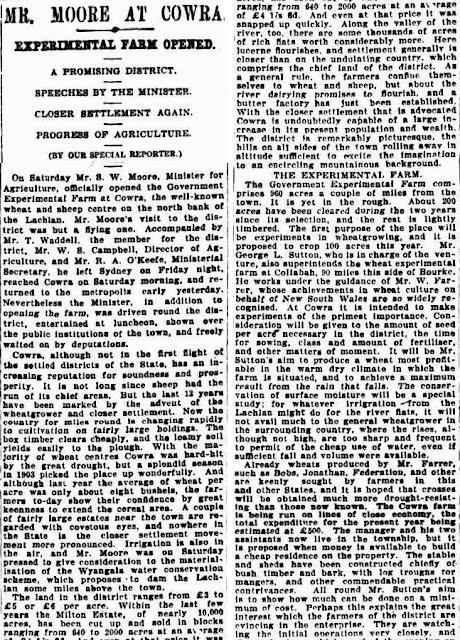 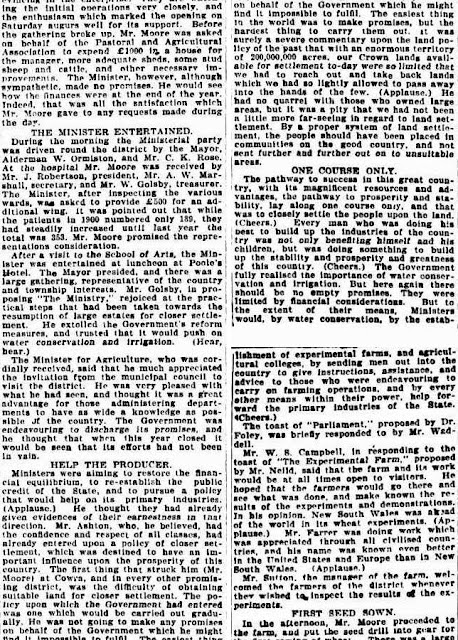 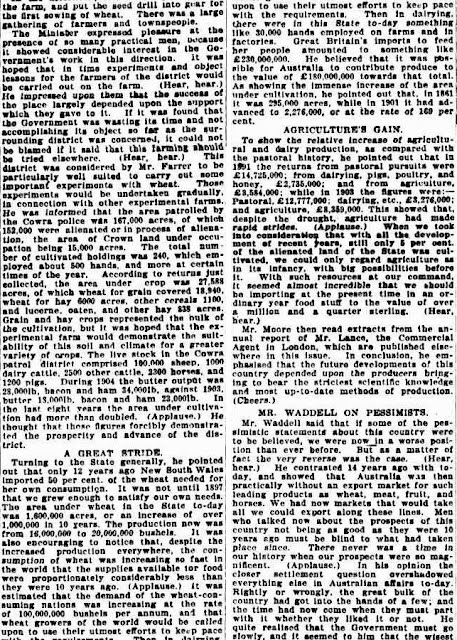 Trove also directed me towards the State Library of New South Wales collections, which provided a wealth of images which gave a wonderful feel for the place and the types of activity undertaken there. Overall it provided a rather nice insight into three years in the life of my grandfather.

You can find all the #TroveTuesday posts over at Branches, Leaves & Pollen or search the hashtag on twitter 🙂